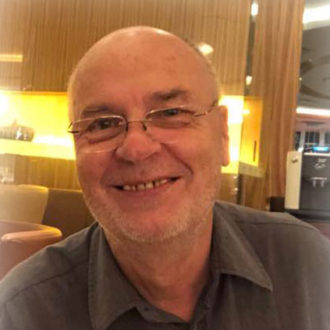 Wolfgang Jellinghaus who was born in 1951 in Dortmund, Germany. His father, Walter Jellinghaus, was himself a guitar maker and naturally introduced the craft to Wolfgang at a young age. In 1978, Wolfgang opened a retail music shop called Musik Jellinghaus GmbH and in 1983, he became involved in manufacturing and so created Martinez Guitars, designing their first line of guitars. In 2003, production of Martinez Guitars was moved to China with Wolfgang’s assistance. In 2013, he sold Musik Jellinghaus GmbH, and set up an independent workshop in China, building guitars under the name “Milestones of Music”, a small boutique traditional workshop that specialized in making high-quality guitars in the style of such great historical makers as Lacote, Torres, Hauser and Ramirez, among others. Wolfgang has now begun a new line of instruments under his name.

See some of WOLFGANG JELLINGHAUS’s guitars