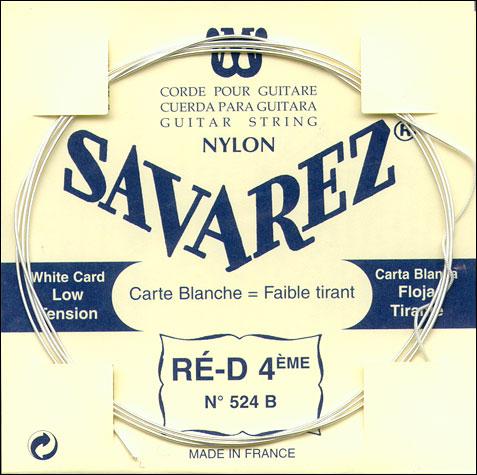 The Savarez Traditional trebles are made of rectified nylon which is characterized by a distinctive unpolished finish. This grittiness contributes to a lessening of the high overtones and the sound quality of the red card trebles has been described as milky, solid and warm.