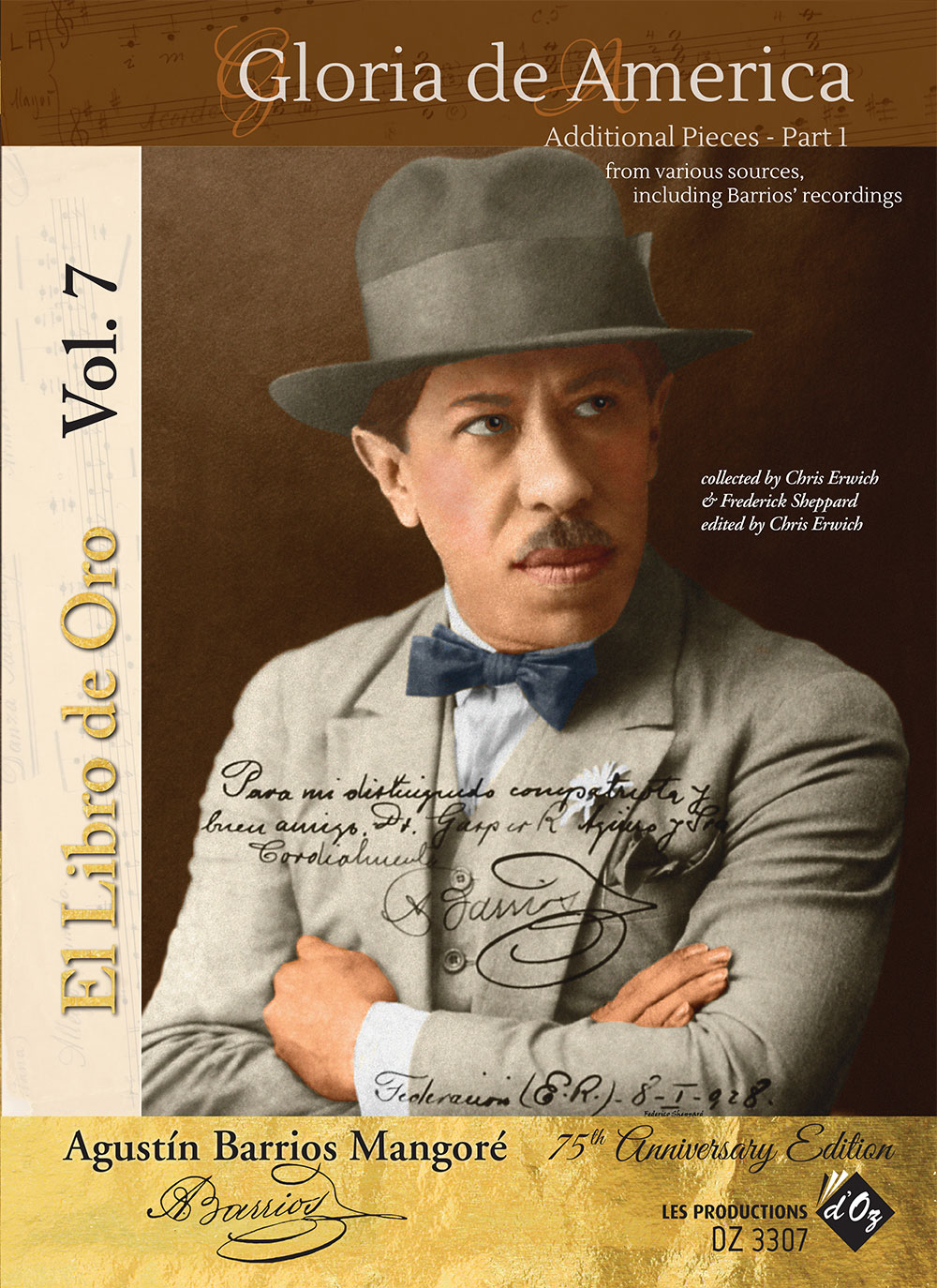 In honor of the 75th anniversary of the death of Paraguayan born composer Agustín Barrios, the dream that he nurtured in his last years of putting together all of his many works has finally materialized. Les Productions d’Oz, along with a select team of researchers, guitarists and engravers, have produced in 8 volumes "El Libro de Oro" (The Book of Gold).

For many recorded pieces there is no manuscript. Other pieces exist in just sketches. In some cases a full manuscript survived. Many of the surviving manuscripts were provided to students or patrons of Barrios, and may have been altered to match the ability of that person. The recorded version is however quite often different and more interesting than the written manuscript. It is also possible to understand more of Barrios' technique by learning these transcriptions. The legati are authentic as far as could be determined audibly. Sometimes it is audible, that he uses the right hand thumb in places we do not expect it.

This new edition (Volume 7 and 8) however does not only contain transcriptions of early records, but also other material that has not been published so far. Some incomplete manuscripts are included in this series. The pieces were found as unfinished but signed copies. I decided to finish those as well as possible in the manner of Barrios trying to follow his style. Examples of these include Vidalita con variaciones, Romance de la India Muerta, Santa Fe and Capricho Espanol and Invocacion a la Luna. Newly discovered manuscripts of original pieces are included such as: Vals, Rohecha ga'u, two Preludes and others including an early version of Waltz no. 4.

Different versions of Danza Paraguaya are published here for the first time. It shows that Barrios continuously changed his ideas about this piece. Two are coming from early signed manuscripts of Barrios (of which one, apparently a sketch, had to be edited at many places) and another one a very early publication coming from my own collection.

Please note that most pieces in the transcriptions section of this publication have already been published in the 2 volumes Series Agustin Barrios Recordings, transcribed by Chris Erwich (DZ 2600 and DZ 2662).