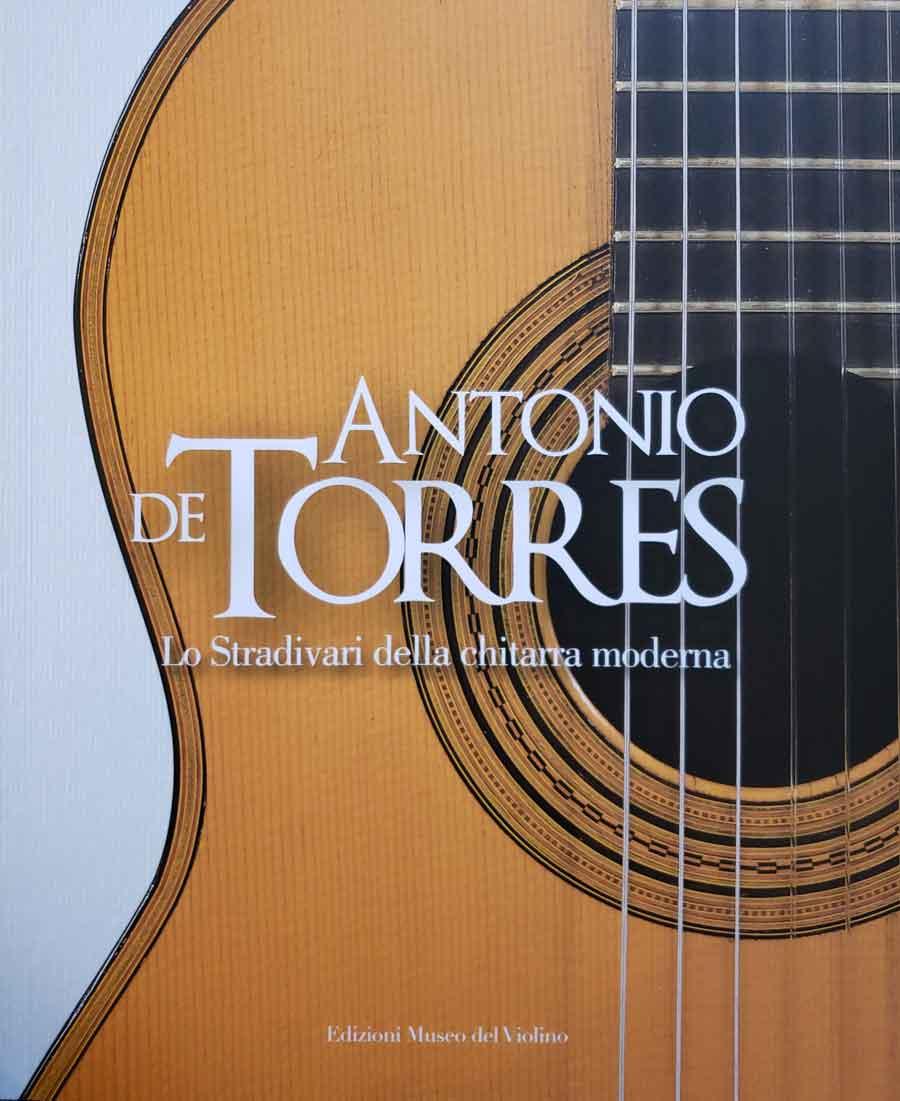 This book is a catalog of the Antonio de Torres expo that took place at the Cremona Museum to celebrate the 200th anniversary of Torres. This was also a great occasion to celebrate the history of guitar develop at same level with the important historical tradition of the violin.

The expo showcased the two masters of the stringed world: Stradivari and Torres and presented then side by side. As of today, we know of five guitars that have survived that were made by the hand of Stradivari, meaning that Stradivari was also overcome and inspired by the guitar, even in the baroque time. Not only this, he actually received orders for guitars from some of the most important clients of day.

The curators of the exhibit wanted to send a strong message to the world in order to elevate the guitar to it's rightful place in the stringed world. This book shows many of the important historical steps that were taken in Spanish guitar construction before Torres, as a context for the ideas that inspired his work. The passing of information historically, is very important to understand instruments of Torres by creating a chronological order in the book from the time of Stradivari time through the most representative Spanish luthiers of of end 18th century and beginning of 19th century through to the time of Torres.

This book will serve as a resource that will satisfy guitar makers and historians at the highest levels and at the same time can be appreciated by the interested musician or student.

Several Torres guitars are well documented in this book, from both epochs, comparing different ideas he exploring from plantilla shapes to woods for back and sides. The goal was to bring into focus the most important construction details that characterize the Torres look and sound.

This book is in both, Italian and English. 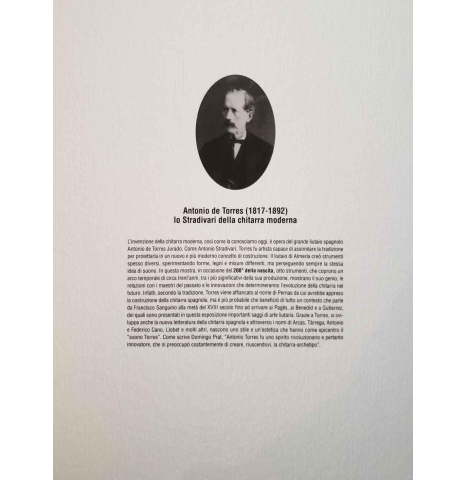