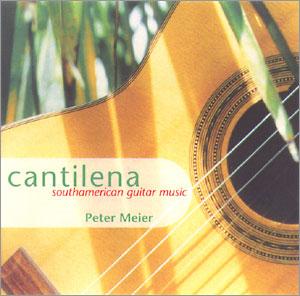 ABOUT THE ARTIST: Peter Meier was born in 1953 and grew up and attended school in Munich. He studied under Jiri Knobloch and was the first prize winner at the "Concorso Internazionale di chitarra classica" in Milan. He also studied for two years in the performance class of Konrad Ragossnig at the Music Academy in Basel, Switzerland.

He put more emphasis on the practical application of music than on a completed academic course of study and as a result his musical path is characterized by experiences which transcend any particular style. Drawing from the classical and Spanish repertoire and his own compositions, Meier has concertized in Germany, Italy, and Switzerland on both large and small stages alike. Many lied transcriptions from composers as varied as Schubert and Theodorakis have originated from his collaboration with numerous classically trained singers. His abilities as an inventive accompanist and arranger are esteemed by such singers/composers as Konstantin Wecker, Georg Danzer, and Bettina Wegner.

He has composed and played for highly acclaimed theater projects such as with actor Klaus Lowitsch at the Marshall Theatre in Munich. In 1997 he initiated the "Munich Guitar Night" in the Gasteig in Munich.

His talent as a composer has been documented on his CD's "Luftzeichen" (1987) and "La Musica" (1993), both of which were critically acclaimed, "at the moment this is hardly ever off my CD-player. Highly recommended!" (Steve Marsh in "Classical Guitar" London.)

On this recording, Peter Meier plays a 1996 Sebastian Stenzel guitar. 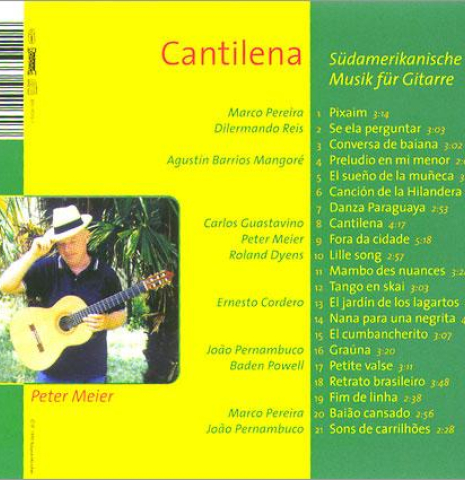