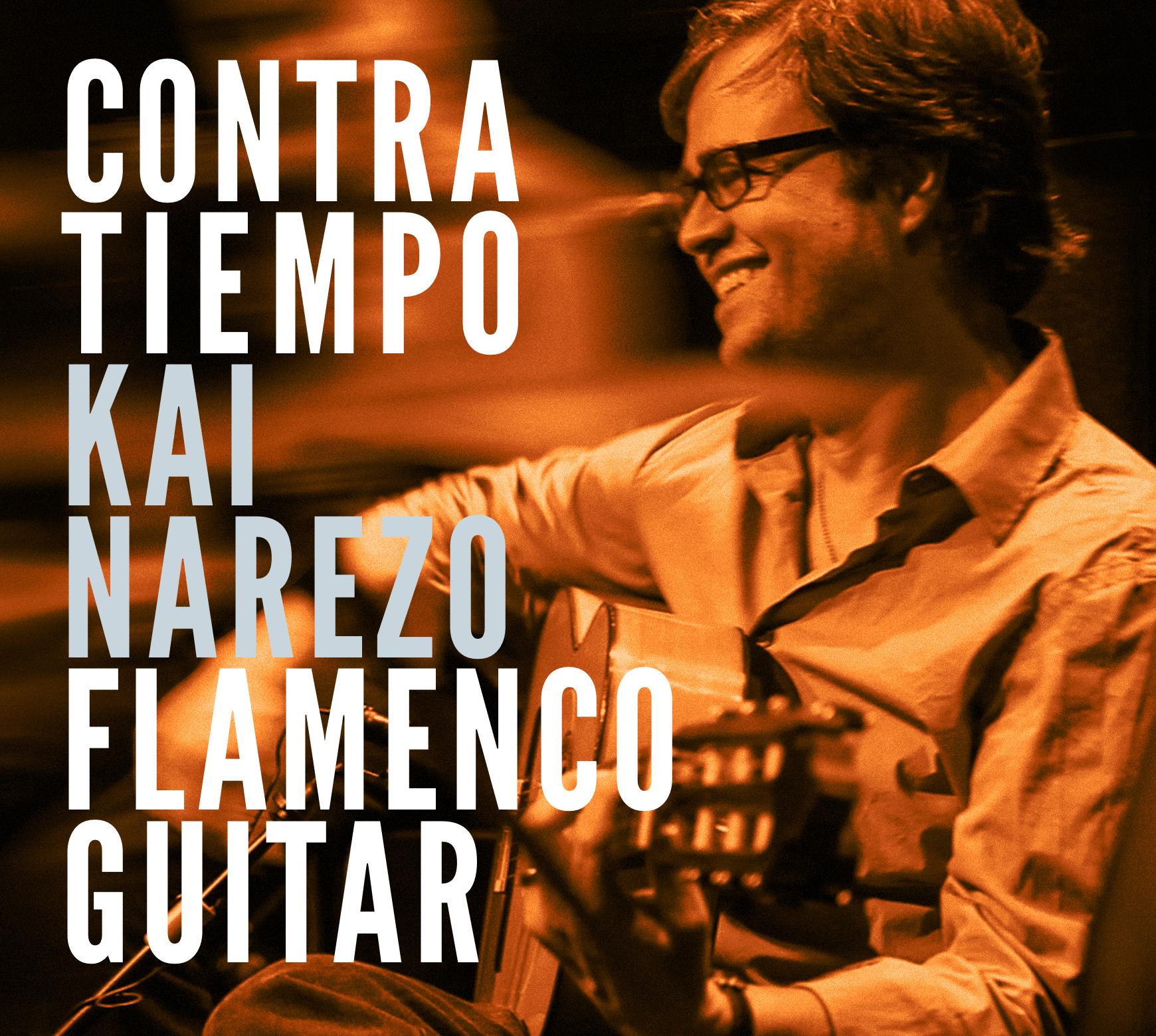 “Contra Tiempo is my current exploration in writing and arranging flamenco guitar for different textures, musicians and sounds. Some of the tunes feature a more jazzfusion LA sort of sound, and some a more ‘traditional’ Spanish flamenco fusion. Either way, the pieces on this album represent how I hear flamenco—rooted in traditional flamenco and the revolution begun by Paco de Lucia, but with a hint of jazz harmony, a sense of space or air, a hook here and there, and lots of room for the amazing musicians who play with me to express themselves, too.

With the LA guys, Joey Heredia and Ric Fierabracci, we worked as a jazz trio. I wanted to show that this music is universal, and that in a different setting it could ‘sound’ different but retain its flamenco soul.

With the Madrid musicians (we call ourselves the Flamencats), Albert Anguela, Jorge Perez and Tuti Fernandez, I knew there would be more of a built-in flamenco sensibility, but these guys play jazz all day, too, and I wanted to give them a lot of freedom since they’re great players. I’ve known them forever, so we have this trust and ease we’ve developed, and I think it comes through. The tune “Flamencats” took an unexpected turn when we got together, and I love what happened there.

I wanted to record an album that reflected some of the sounds I’ve been playing with and that would give the guys some room to play and be inventive. And I wanted to show that flamenco is more than people might think it is. Like the blues and jazz, it’s a folk music that has become universal and can be as broad as the world around it.” - Kai Narezo 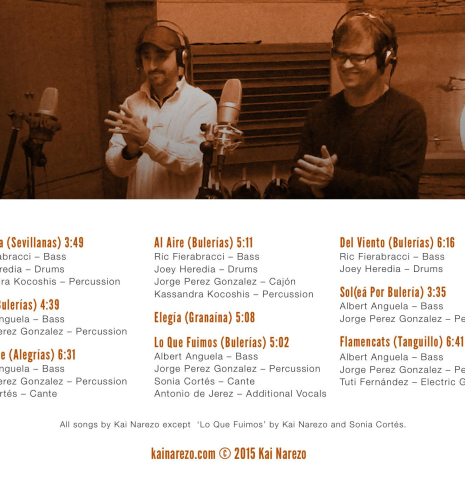 Background
Contra Tiempo is the new flamenco-fusion project from Kai Narezo, a flamenco guitarist who has always had one foot planted in the Old World and the other in the New. His sound is a reflection of his reality—a deep reverence for the roots and the soul of traditional flamenco, a love for the modern flamenco landscape, and a bit of an American sensibility rooted in jazz, pop and rock. Narezo brings together some of the best musicians from the Madrid and LA music scenes to create a sound that is unmistakably flamenco and decidedly not traditional-sounding.