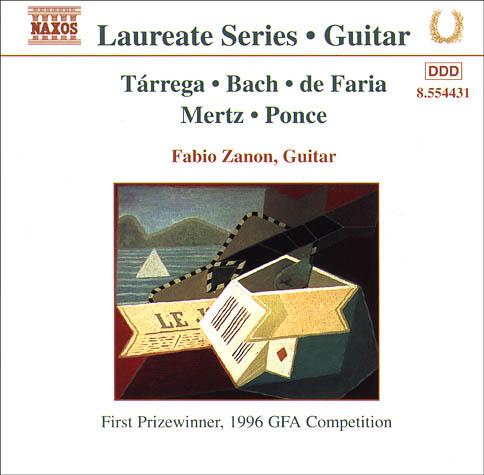 About the artist: Fabio Zanon came to international prominence in 1996, when he won the first prize in the most important international guitar competititons, the 30th Francisco Tarrega in Spain and the 14th Guitar Foundation of America Competition in the USA, within a few weeks of each other, an unprecedented achievement in the guitar world. His father was his first music teacher. After studying with the most prominent teachers in his native Brazil, he completed his education at the University of Sao Paulo, where he studied conducting and composition. His first solo concert at the age of sixteen was followed by an orchestral debut in Sao Paulo two years later and by success in competitions in Canada, Cuba, Splain and Italy. Dissatisfied with his own playing, Fabio Zanon decided to pursue further studies at the Royal Academy of Music in London, where he attended Julian Bream`s masterclasses. His successful debut at the Wigmore Hall in 1995 marked a return to the stage with a formidable repertoire which includes all the most important works of the literature and more than twenty concertos. "I have seen many guitarists over the last few years, but none to rival this magnificent interpreter" (Musical Opinion). In 1997 Zanon became the first instrumental performer to be awarded the prestigious Santista Prize in Brazil, as a recognition of his contribution to the development of Brazilian music. He is a leading scholar on Villa-Lobos, and his recording of the complete guitar works by this composer is now regarded as a standard for other players. Recent engagements have taken him to an acclaimed fifty-concert tour of the USA and Canada; he has also performed extensively in Spain, East Europe, Britain, Scandinavia and South America. 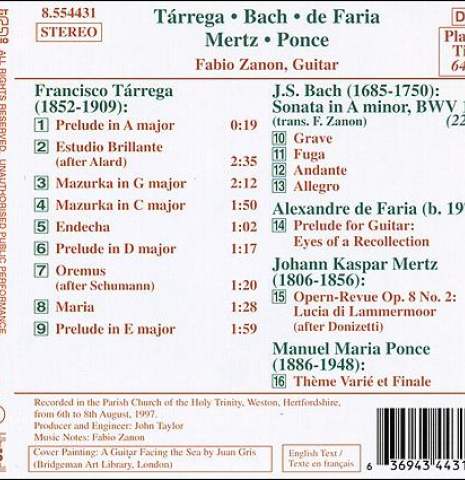