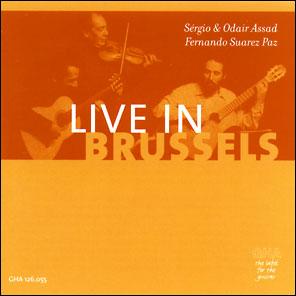 Brazilian music, like most other Latin American music, is a cross between three different cultures: the native Indians, who were the country's first inhabitants, the European "conquerers", and the slaves that came over from Africa. This fascinating mix spreading across the vast Brazilian territory brought forth a vast array of styles with the most stunning diversity: forro, baiao, frevo, maracatu, rancho, samba, maxixe, choro, modinha, to name just a few, and not to forget the voluptuous bossa nova. Throughout the twentieth century these genres inspired countless musical talents who have contributed to the development of popular Brazilian music.

ABOUT THE ARTISTS: Under the guidance of their mandolinist father, Sergio and Odair Assad discovered the world of Brazilian music while they were still children. Their exceptional gift of being able to play together appeared at an early age and the two brothers spent seven years with Monina Tavora, who educated them under the classical tradition of her master, Andres Segovia.

In 1973, the Assad Brothers won the competition for young soloists of the Brazilian Symphonic Orchestra and began a sparkling career of solo work the following year. 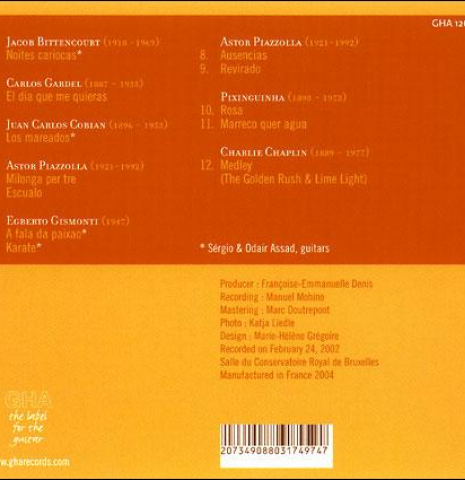