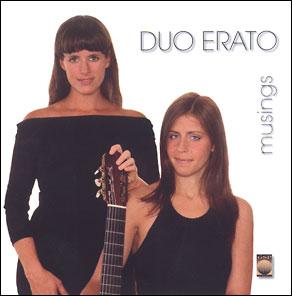 6. Concert Variations on the Carnival of Venice, Op. 62

ABOUT THE ARTISTS: In recent seasons, Duo Erato has performed across North America, being praised for their lyrical and elegant musicianship. Their evocative styles as individuals seamlessly blend into one, "so tightly coordinated that it often seemed that the two women were playing a single instrument".

Long-time friends Risa Carlson and Martha Masters began working together as a duo while students of Manuel Barrueco at the Peabody Conservatory of Music in Baltimore. Named for the muse of lyric poetry and music, Duo Erato has continued to impress audiences and critics alike since they won first prize in the 1994 National Guitar Summer Workshop Competition for ensembles and were finalists in the 1994 Baltimore Chamber Music Awards. Today, the duo's repertoire embraces works from all periods of the genre's history, as well as new works and transcriptions.

In addition to sharing their passion for music as performers both in chamber music and as soloists, both women are also dedicated teachers: Risa at the Levine School of Music and Georgetown University in Washington, D.C., and Martha at Loyola Marymount University in Los Angeles. 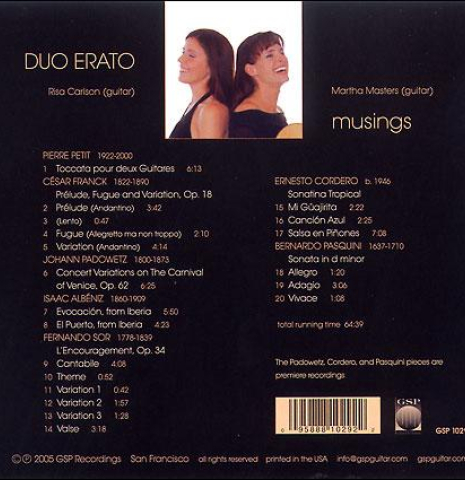