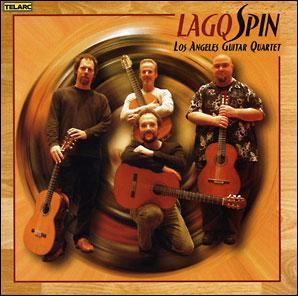 The Los Angeles Guitar Quartet, the Grammy-winning ensemble that has spent the past quarter century extracting brilliant music from a rich and organic stew of stylistic and cultural perspectives, takes an eclectic ride with the release of LAGQ Spin. The album marks the third Telarc recording for guitarists John Dearman, Bill Kanengiser, Scott Tennant and Andrew York, the innovative foursome collectively known as LAGQ.

1. "Turn to the Sea" by William Kanengiser

10. "Did You See the Moon Last Night?" by Matthew Dunne 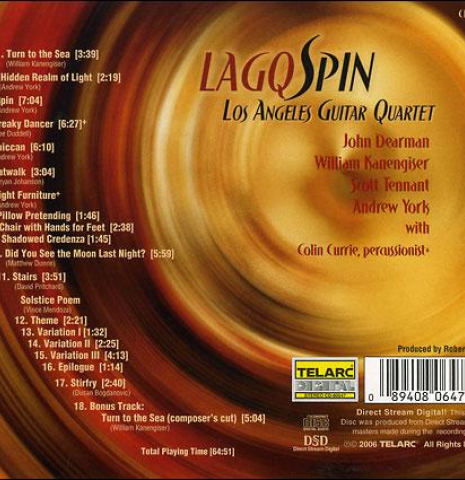