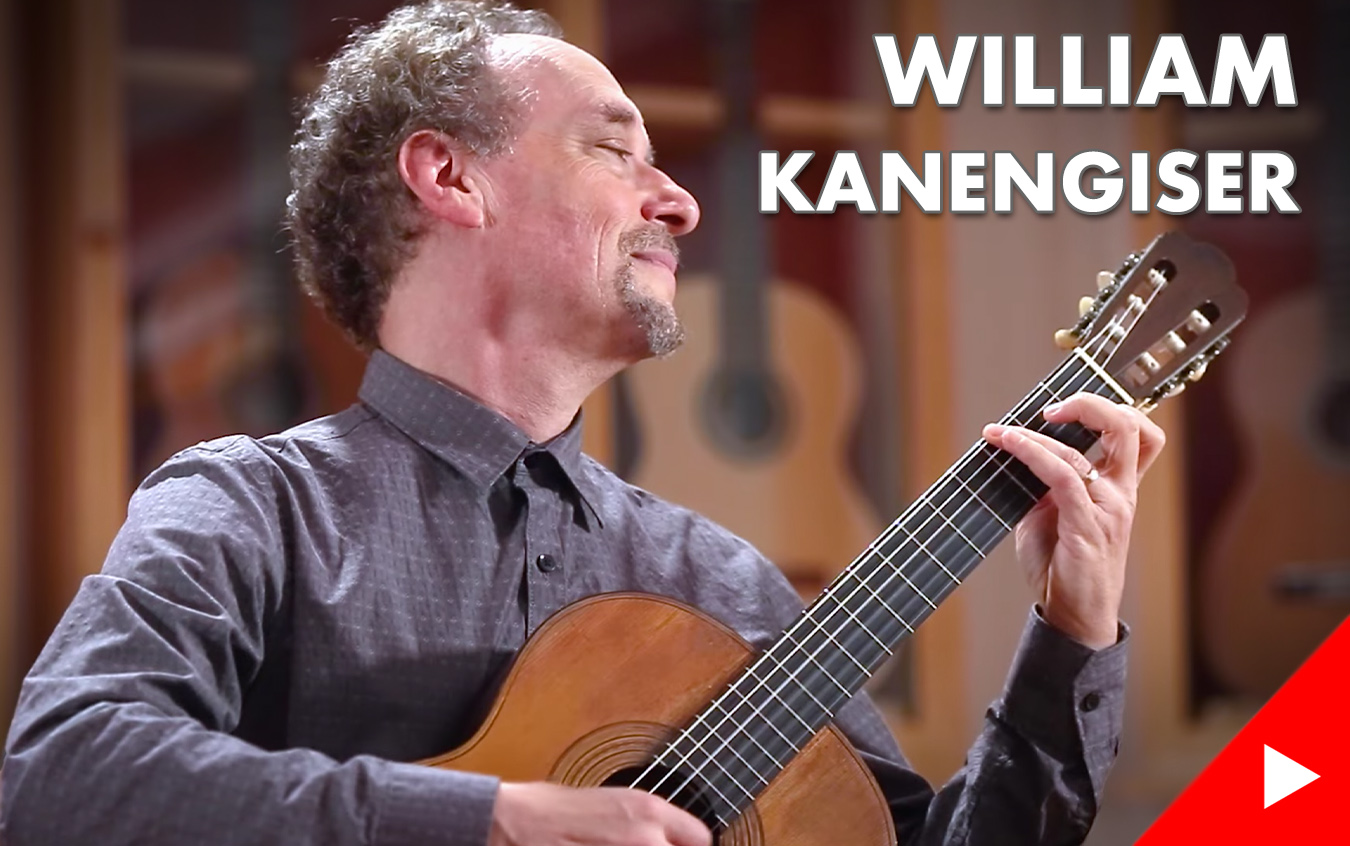 William Kanengiser is known for his phenomenal and clear tone. It’s certainly a great comparison to hear him play on these three legendary guitars. Especially interesting is his interpretation of  “¡Adelita!” which he performs in a faster tempo to bring out the dance elements of mazurka in this piece. Watch the videos below!

While at GSI, Kanengiser recorded not only solo pieces, but also three quartet pieces as a member of the Los Angeles Guitar Quartet (click here to listen).