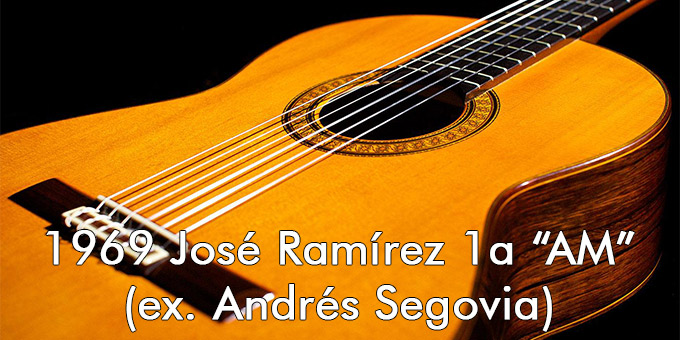 Only the most rare and highly-reputed guitars from across eras of the past receive great attention to the extent that players, recording artists and collectors share a common language in expressing just how valuable a guitar is – not in a monetary sense, but in the way that particular guitar’s presence fills the room, in the way its presence inspires a player and in the way the character of the guitar is simply like none other encountered before. Such guitars that come to mind are very special in our books, for example: the famous Antonio de Torres “La leona” (see Fritz Ober’s replica), the 1927 Francisco Simplicio SP/CSAR and the 1957 Hermann Hauser II (ex. Julian Bream) to name very few. However, one very special guitar made an appearance in our showroom recently amongst a legendary, rare and astonishing collection, and it has received attention in ways we could not have imagined. 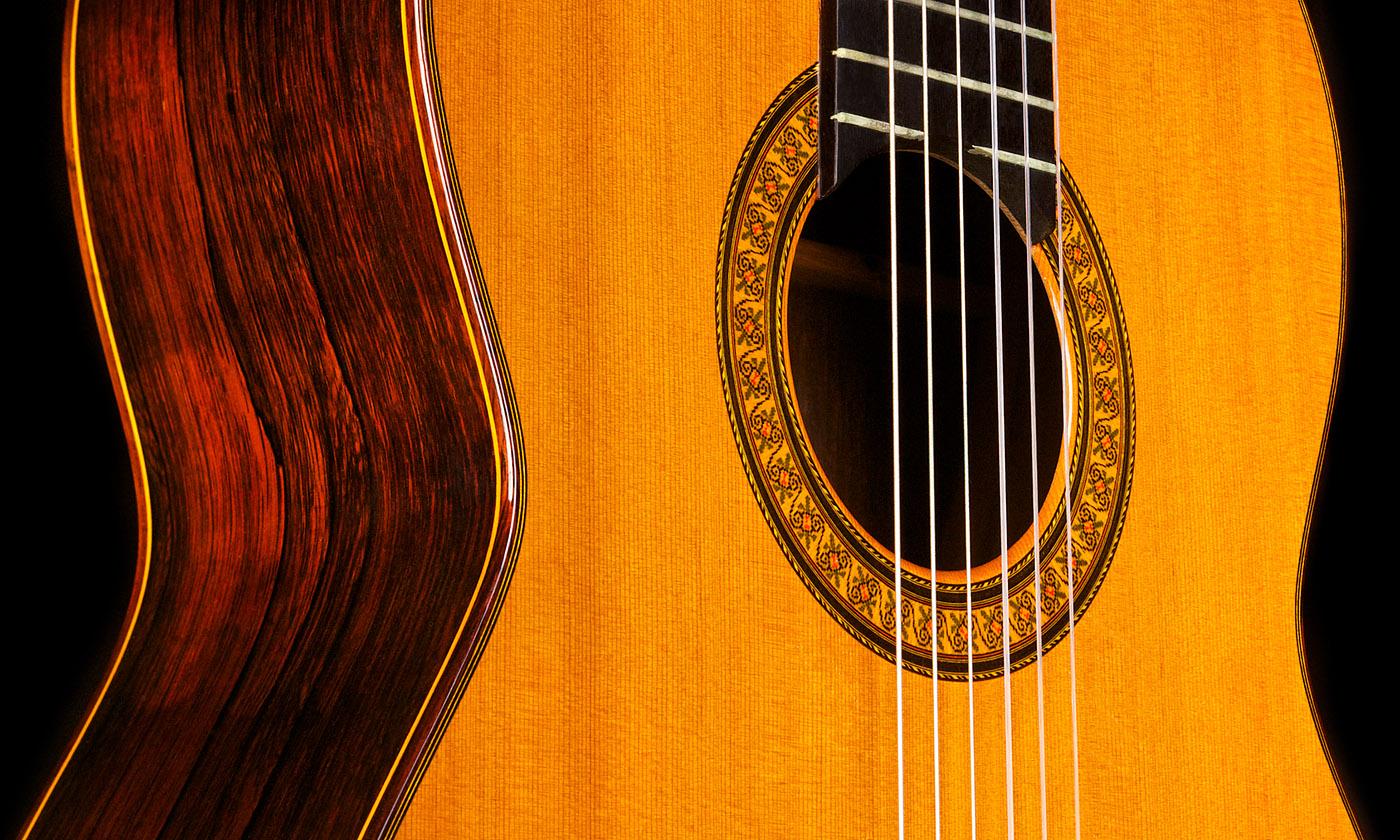 As you know, in late 2015, the Russell Cleveland Collection made its way into our possession, our showroom/museum and therefore, into the hands of many great players who have had the chance (and continue to have the chance) to purchase and also play these instruments. With that family of guitars came one outstanding instrument, the likes by which we were blown away – the 1969 José Ramírez 1a “AM”, owned by the legendary master Andrés Segovia.

As you can see in the gallery provided on the product page and the few photos on this post, this Ramírez 1a looks like a normal, very pristine, very sharp José Ramírez, and we would expect nothing less from a family of luthiers that has delivered the standard for classical guitars since their start in 1882. However, everyone who has seen this particular guitar and everyone who has played it, whether recording a video with it in our showroom or not, has been absolutely inspired by it. These images simply do Andrés Segovia’s former guitar no justice. So, we’ve compiled a few words from friends of GSI – players and recording artists – who have had the chance to experience this monolith of an instrument. They decided to share their impressions with us on the 1969 José Ramírez 1a “AM” once owned by Segovia. Along with the many videos we’ve recorded and these following words, we think this instrument has now been adequately and rightly talked about in a proper manner.

“It’s not only the best Ramírez I’ve played, I feel it’s the best guitar I’ve played. I felt that she and I share some DNA. It was an instant connection.”

Last November I had the very good fortune and the rare honor of  playing a remarkable instrument, the Ramírez 3339 [aka: 1969 José Ramírez 1a “AM”].

As a rule I have never been a great fan of the world-renowned Ramírez instruments, although I love all of Christopher Parkening’s EMI recordings, Julian Bream’s Romantic Guitar album on the RCA Victor Gold Seal label, and the sound of  almost all  the recordings maestro Segovia made in the 1960s.

In addition, in the Spring of 1985, I attended a Segovia concert in Charleston, SC, and when he played the descending melodic line of Villa-Lobos’s ‘Prelude No. 3’ the audience literally melted. Never in my life have I seen such an intensely powerful effect on an audience. My mother drove me to the concert from Atlanta, and after this piece was over  we looked at each other, and my mother said ‘that was unbelievably beautiful.’ Parkening has shared similar experiences, and the instrument cannot be discounted.

However, the Ramírez guitar was never the right instrument for me. 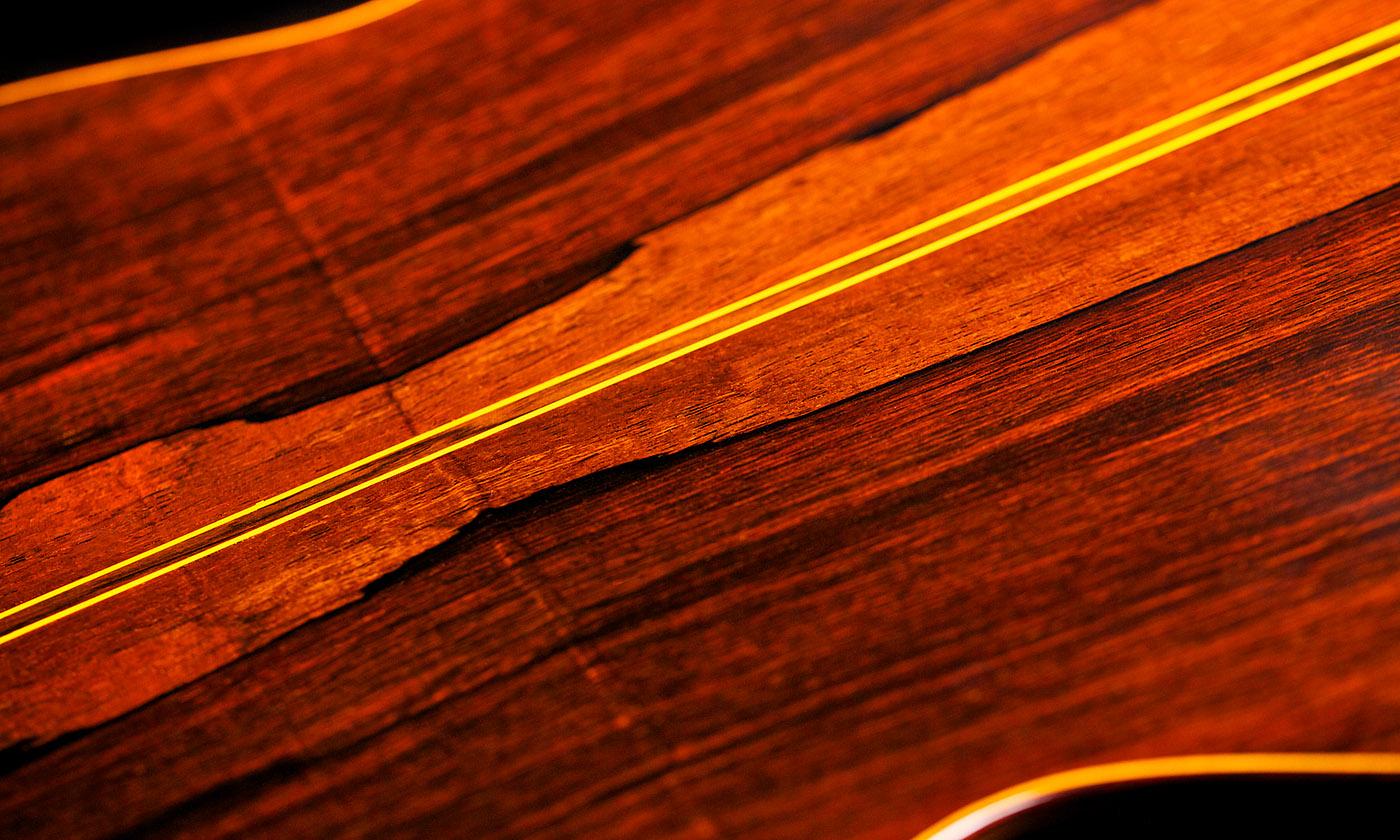 In 1987, Christopher Parkening gave me first option of purchasing a beautiful Ramírez guitar which he owned and played. The occasion was Parkening’s Masterclass in Montana, and Mr. Parkening was kind enough to allow me to play his guitar for my two lessons with him. Mr. Parkening, and several of the students at the class, felt very strongly that I should own this guitar.

Moreover, in 1995, Jim Sherry invited me to his original shop in downtown Chicago, where I played several of his Ramírez guitars, all of them pre-1974 (for what that is worth).

All of these guitars, especially the one owned by Parkening, were excellent. However, my feeling was that although the treble was always exquisite, the bass did not have the clarity that I desired, especially for the music of Johann Sebastian Bach. Also, I was always disappointed with the mid-range. I was interested in  a more well-rounded guitar, and I did not wish to sacrifice all aspects of tone for an extremely warm and sweet treble.

In addition, the Ramírez guitar had become the official instrument of the likes of Segovia, Parkening and Liona Boyd – all international stars – and I wanted to create my own original path. I searched for my own luthier – someone to get to know and grow with.

My opinion changed when I played the Ramírez 3339. Immediately I was drawn to the sui generis sound of this particular guitar. It had the typical gorgeous, sweet tone in the treble, the mid-range did not sound nasal, in fact it was velvety, and – to my total surprise – the bass was as clear as any spruce top guitar. This instrument was easy and delightful to play – I was not strained by the long string length. I felt at one with the instrument.

The Ramírez 3339 is the greatest instrument I have ever played.”

“On a personal level, it was such a profound experience to play Segovia’s 1969 Ramírez guitar. Segovia died the year before I began learning to play the guitar, and so I never had the experience, which so many other people rave about, of seeing him perform live. Although I know his recordings and have spent time looking at his guitars on display at the Metropolitan Museum of Art in New York, to actually hold and play one of his guitars created a direct link to the rich history of the guitar and to Segovia, who was such a legend and did so much for the classical guitar.The guitar itself had a lovely, warm and round sound. It was a very expressive instrument, and was very responsive to subtle shadings of both colour and dynamics. I thank Guitar Salon International for the special experience of being able to play and record a video on this instrument!”

“What an incredible experience it was to try Andrés Segovia’s old 1969 José Ramírez 1A guitar. It’s hard to describe the excitement of first taking it out of the case, holding in my hands the very guitar Segovia used, seeing the scratches, marks and dents he made, the way the varnish had worn – like holding a piece of history.

From the very first note I plucked, what struck me most about this guitar was how immediately it sounded like a Segovia record. That rich, warm, powerful yet intimate, colorful, full-bodied Segovia sound wanted so much to come out of the guitar, that it felt like the guitar was producing the sound itself.

I was initially put off by the larger string length, but very soon became accustomed to it, and enjoyed so much playing and recording some of that great Spanish repertoire – the basses are crisp when articulated and velvety with vibrato; the mids are full-bodied; the trebles are singing and lyrical. It’s no surprise the great maestro chose this guitar as its sound is the very epitome of the Spanish guitar from this time.” 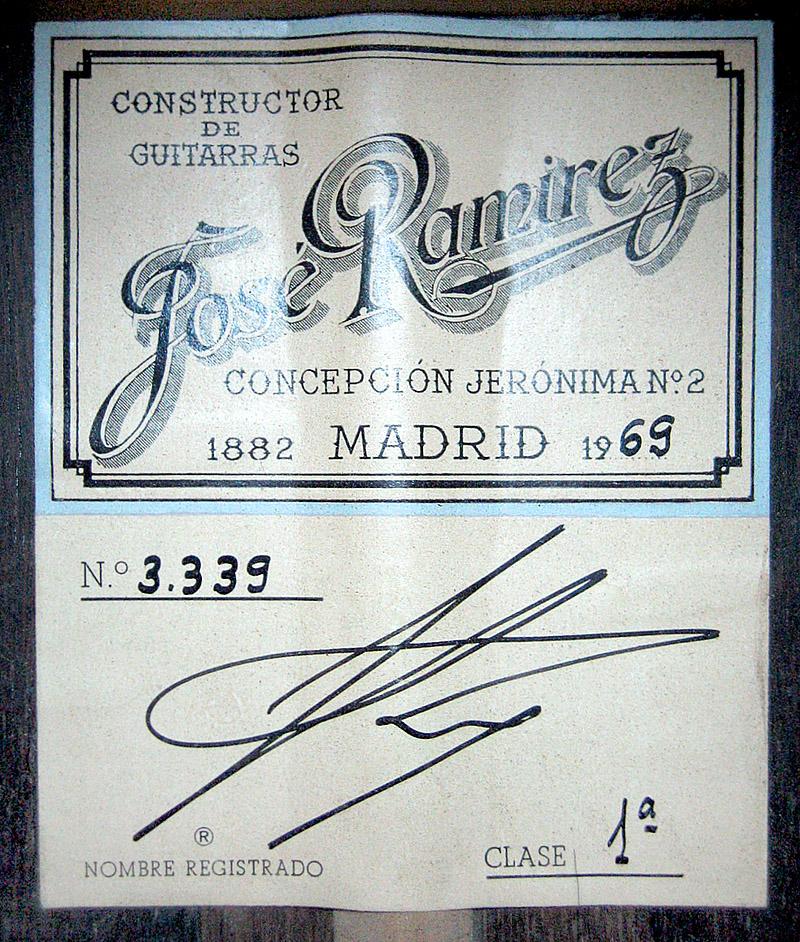 “It was a surprisingly easy guitar to play, unlike the typical Ramirez guitars of that model and time period.

The sound was like an old vintage wine that you had to seduce just a little bit and it came towards me quite soon. The response was quite fast for such a lush guitar, more than I expected.

I loved the consistency of the rich, creamy and vibrant character all across the board from the basses to the trebles. I would have to say that the high B on the 19th fret was a bit dead, only because it probably hasn’t been played enough, other than that, it was a great experience playing and recording on that guitar.”