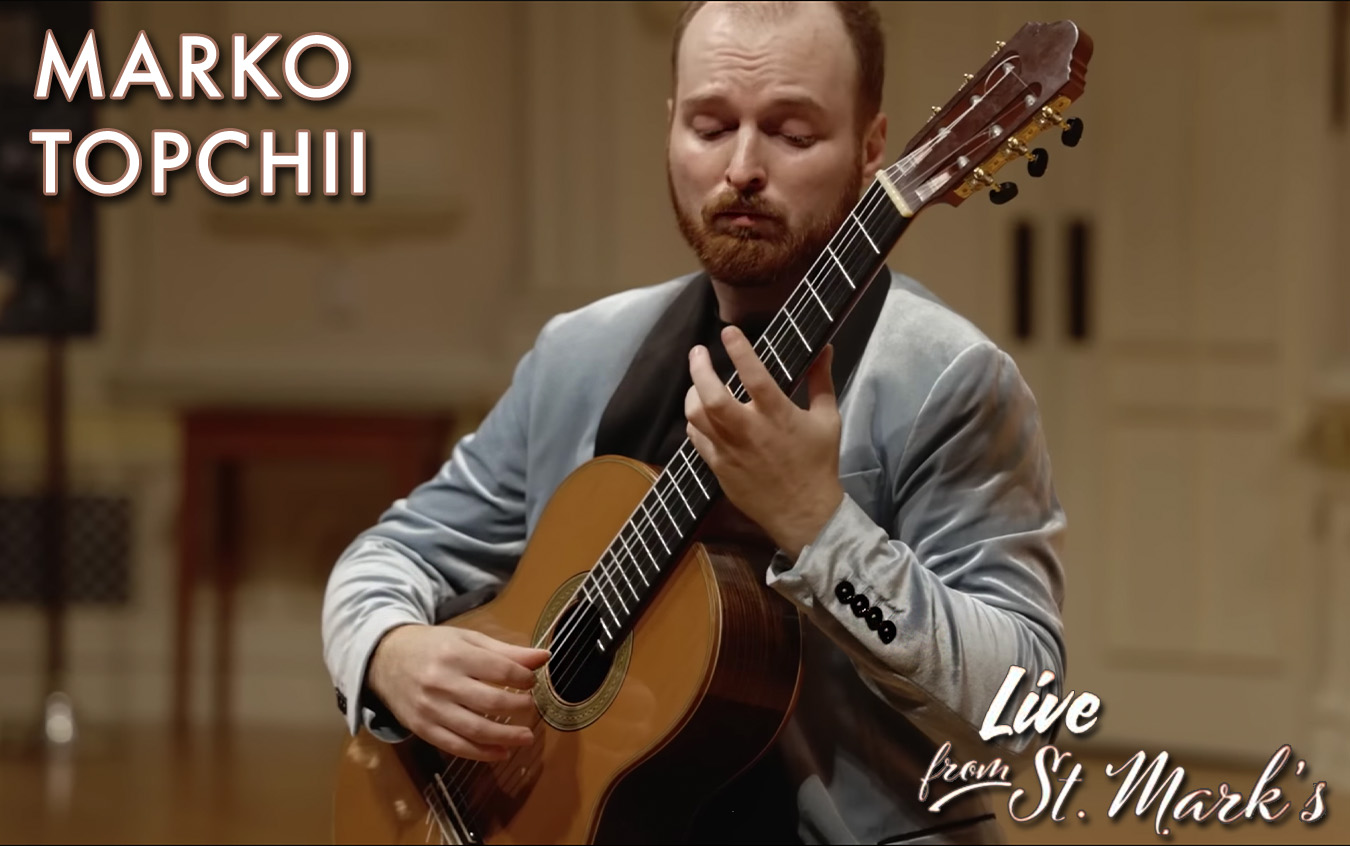 The Omni Foundation for the Performing Arts has published another fantastic video as part of their Live From St. Mark's concert series.

This time, we had a chance to hear Ukrainian guitarist, Marko Topchii. Having won over 115 prizes at various guitar festivals, Marko is one of the most awarded classical guitarists of his generation. Among these 115 awards, 50 of them are 1st prizes.

Marko was born in 1991 in Kyiv, Ukraine to a family of musicians. He started learning the guitar at the age of four with Volodymyr Homenyuk and then with Borys Belsky. Marko studied at the Kharkiv National Kotlyarevsky University of Arts with Volodymyr Dotsenko, after which he completed a postgraduate program under Yuri Aleksik at the Petro Tchaikovsky National Music Academy of Ukraine in Kyiv. In 2019, Marko also studied with Judicaël Perroy at the San Francisco Conservatory of Music.

Check out Marko's full concert below!