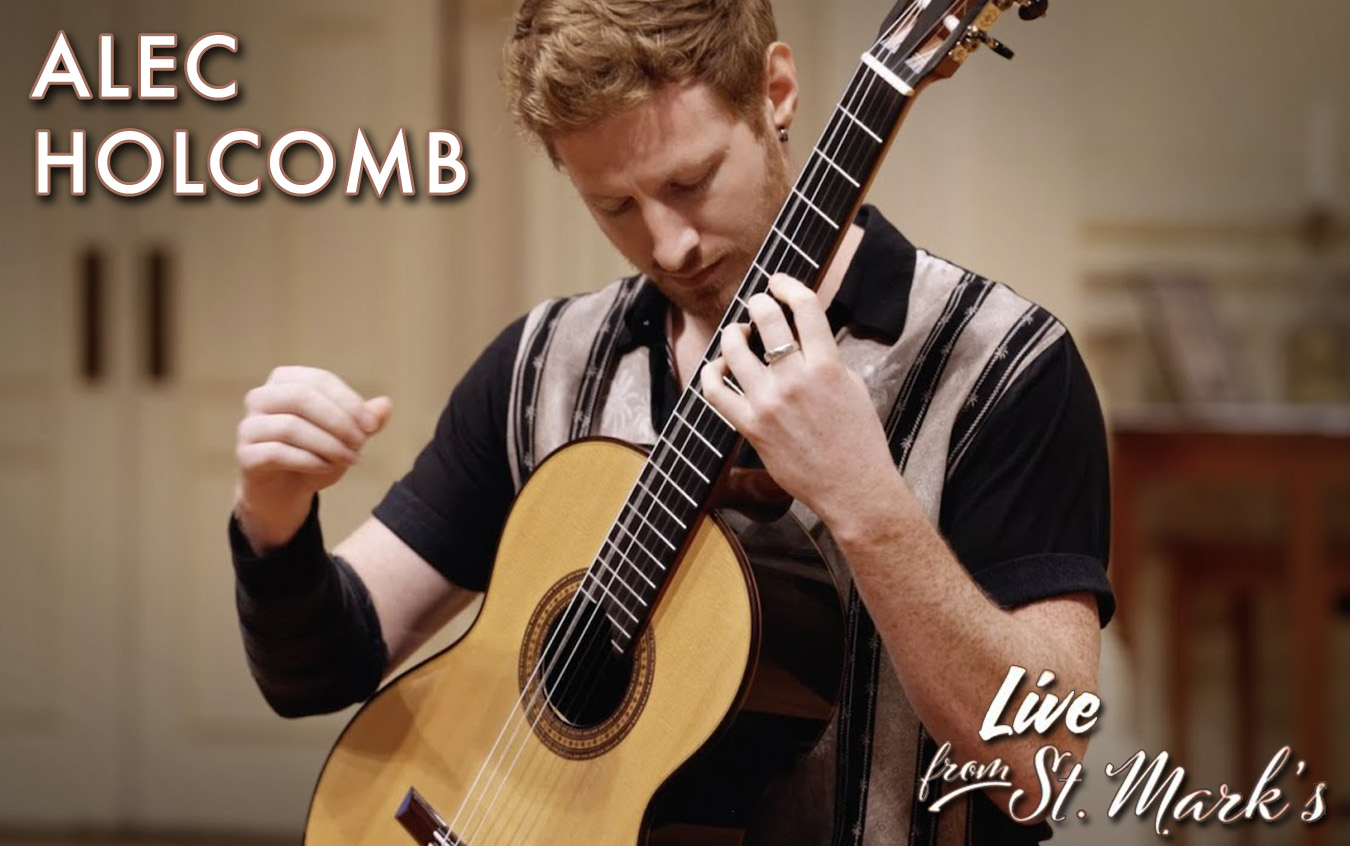 Last weekend, the Omni Foundation for the Performing Arts published a new full concert of Alec Holcomb recorded live during his Live From St. Mark's performance in San Francisco.

Alec grew up in Tennessee. At the age of 6, he took his first classical guitar lessons from his father. Then, while in high school, he took lessons from Dr. Andrew Zohn from Columbus State University in Georgia. He continued his classical guitar education with David Starobin and Jason Vieaux at the Curtis Institute of Music and subsequently, with Judicaël Perroy and David Tannenbaum at the San Francisco Conservatory of Music.