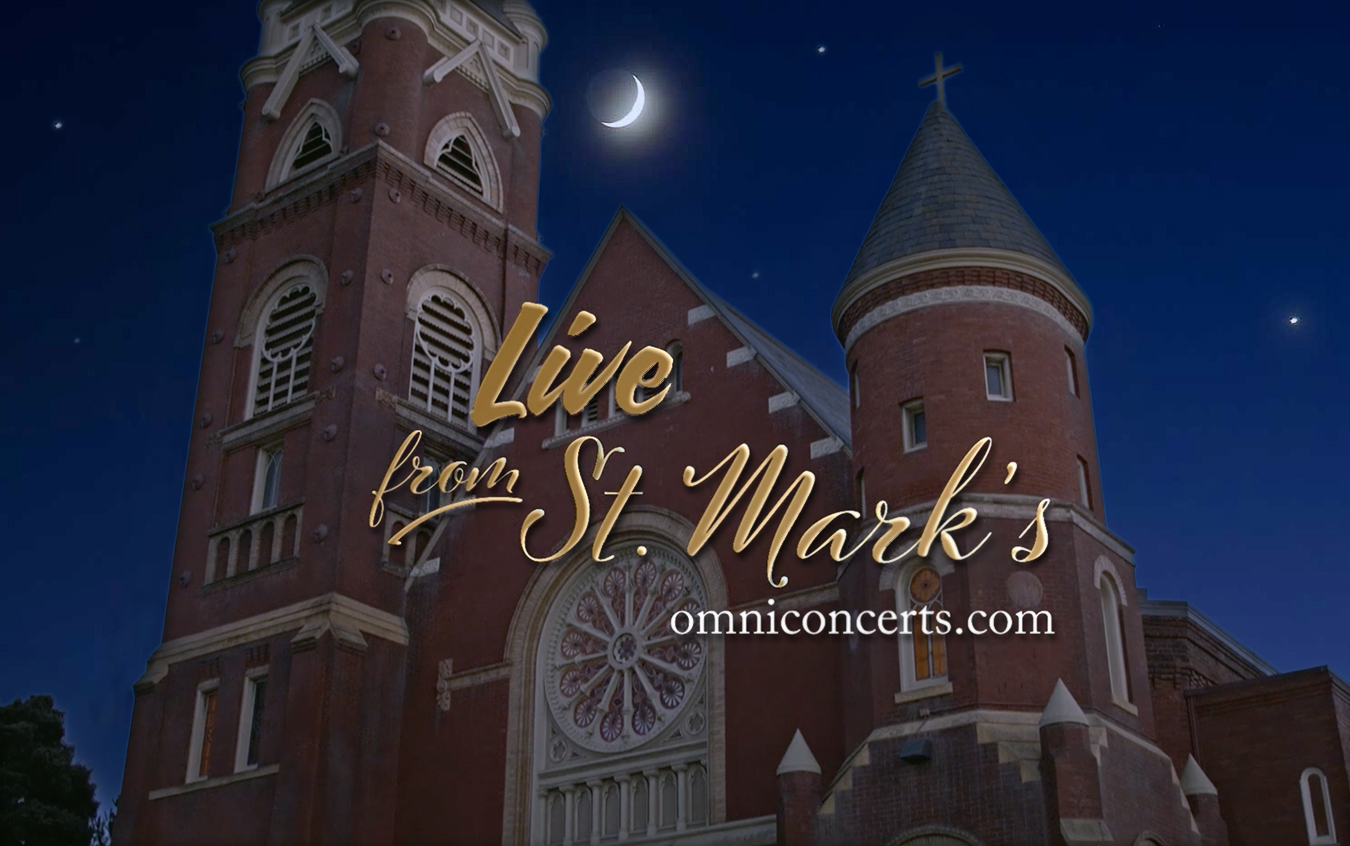 Live From St. Mark’s is the Omni Foundation’s new, free online concert series organized with the aim of keeping the music going for the classical guitar audience and artists!

All concerts in the video series are filmed live (without an audience) at St. Mark’s Lutheran Church – one of the Omni Foundation’s regular venues in San Francisco. Live From St. Mark’s concert series has started with the performances of two young, exceptionally talented guitarists – Reade Park and Eric Wang. Reade Park was the first-place winner in both the Sierra Nevada Guitar Youth Competition in 2018 and the Classical Guitar West’s SF Bay Classical Guitar Youth Competition in 2020. Eric Wang won first prize at the 2018 Guitar Foundation of America’s (GFA) International Youth Competition in the Junior Division.

The second Live From St. Mark’s concert included performances of Bokyung Byun and Emilia Diaz Delgado on November 21st and the third concert took place on December 5th and featured Scott Tennant, as well as Jack and Elle Davisson.

In the fourth Live From St. Mark’s concert, we had a chance to hear Tengyue Zhang, also known as TY. He has won many 1st prizes in the world’s most prestigious competitions, including the Forum Gitarre Wien International Youth Competition of Austria and GFA International Competition Senior Division. His recital was preceded by a performance of a young and talented guitarist, Conor Padmanabhan.

We’re looking forward to seeing more high-quality online guitar concerts such as these. Make sure you are on the Omni e-mail list for future schedules and updates!