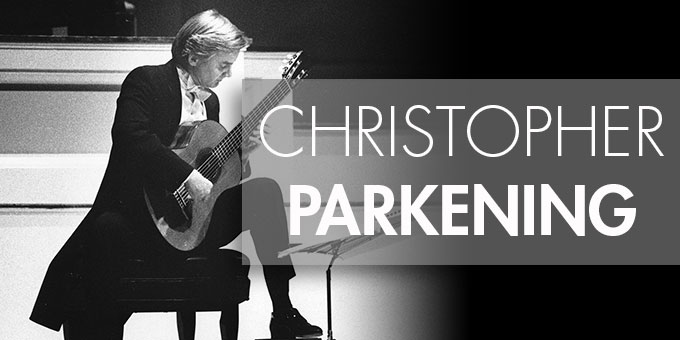 Christopher Parkening is celebrated as one of the world’s preeminent virtuosos of the classical guitar. For over 40 years his concerts and recordings have received the highest worldwide acclaim. The Washington Post cited his stature as “the leading guitar virtuoso of our day, combining profound musical insight with complete technical mastery of his instrument.” Parkening is recognized as heir to the legacy of the great Spanish guitarist Andrés Segovia, who proclaimed that “Christopher Parkening is a great artist – he is one of the most brilliant guitarists in the world.” The Los Angeles Times has noted: “Parkening is considered America’s reigning classical guitarist, carrying the torch of his mentor, the late Andrés Segovia.” 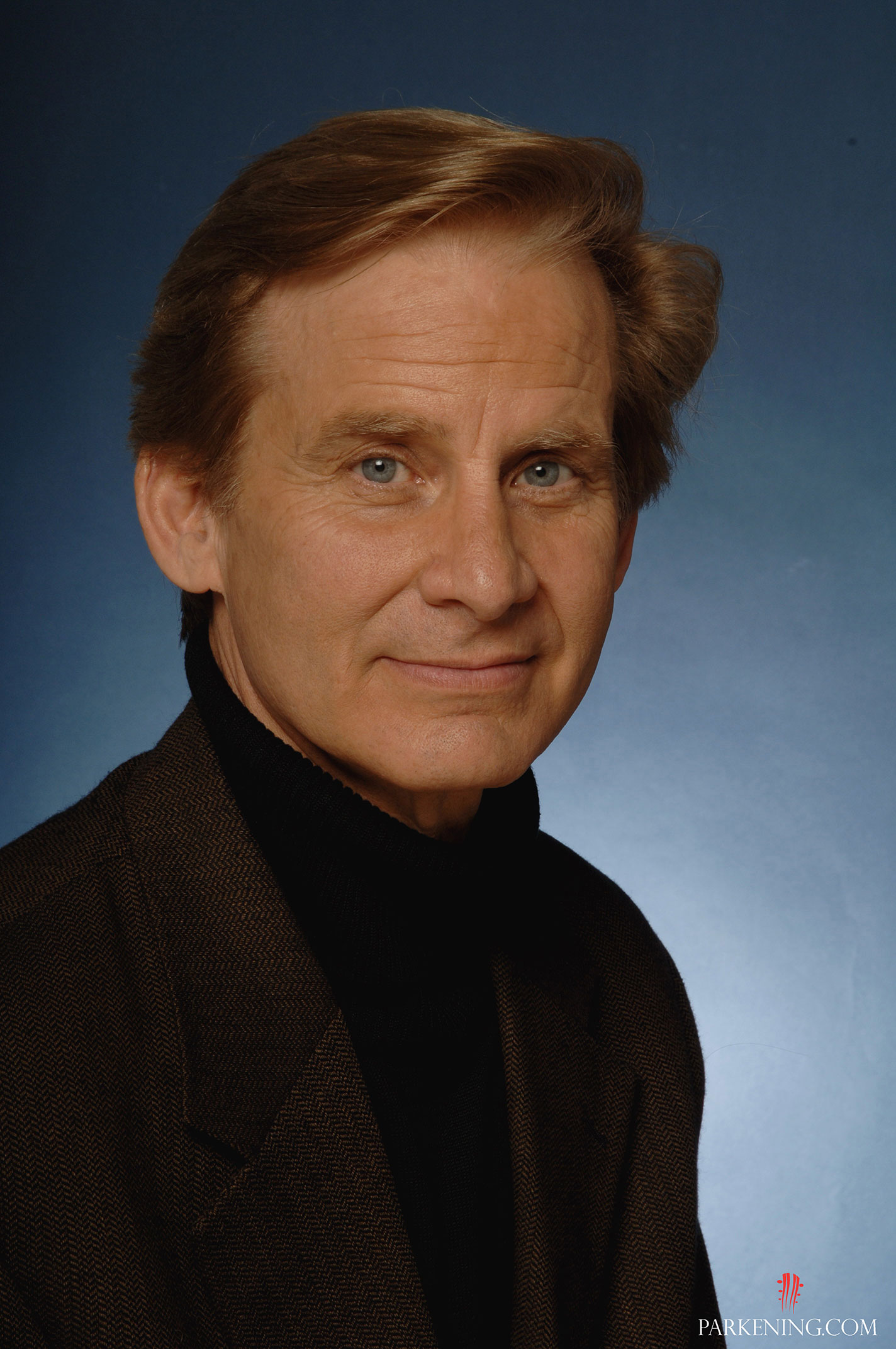 Parkening’s rare combination of dramatic virtuosity, eloquent musicianship and uniquely beautiful sound has captivated audiences around the world. He has performed at the White House, appeared with Placido Domingo on Live from Lincoln Center, participated in Carnegie Hall’s 100th Anniversary celebration and performed twice on the internationally televised Grammy Awards. Parkening has appeared on many nationally broadcast television programs, including The Tonight Show, Good Morning America, CBS Sunday Morning, The Today Show and 20/20. He has collaborated with composers John Williams, Elmer Bernstein, Joaquín Rodrigo, F. Morena Torroba and Mario Castelnuovo-Tedesco, and premiered new concert works in an effort to keep the guitar in the musical forefront. He was acknowledged as “Best Classical Guitarist” in the nationwide readers’ poll of Guitar Player Magazine for many consecutive years, and was placed in their Gallery of Greats along with Andrés Segovia and English guitarists John Williams and Julian Bream.

Parkening has been guest soloist with the finest orchestras in the United States, including the Philadelphia, Cleveland and Minnesota Orchestras, the Chicago, Pittsburgh, and National Symphony Orchestras, the Detroit, Houston, Oregon, and St. Louis symphonies, the New York Philharmonic, the St. Paul and Los Angeles Chamber Orchestras, and the Los Angeles Philharmonic at the Hollywood Bowl. His extensive recital schedule has taken him throughout the country, with regular appearances in New York, Boston, Chicago, Philadelphia, Washington D.C., Houston and Los Angeles. Performance highlights include appearances at the National Gallery with soprano Renée Fleming, Royal Albert Hall in London with the Royal Philharmonic Orchestra, and with John Williams, Joshua Groban and the Boston Pops in a nationally televised broadcast for PBS.

Parkening has amassed an extensive discography on Angel/EMI Classics. He is the recipient of two Grammy nominations in the category of Best Classical Recording for Parkening and the Guitar and The Pleasures of Their Company, a collaboration with soprano Kathleen Battle. In October of 2000, EMI debuted his recording of Elmer Bernstein’s Concerto for Guitar and Orchestra with the London Symphony Orchestra, Elmer Bernstein conducting. In 1998 a multi-media CD was released, Christopher Parkening Celebrates Segovia. In 1996, Parkening and Battle combined their talents once again to record a Christmas album titled Angels’ Glory for Sony Classical. Other recordings include the critically acclaimed orchestral recording of Joaquin Rodrigo’s Concierto de Aranjuez and Fantasia para un gentilhombre and the world premiere recording of Walton’s Five Bagatelles for Guitar and Orchestra, with the Royal Philharmonic Orchestra; and Parkening Plays Vivaldi, which features a selection of Baroque concertos coupled with the world premiere recording of Peter Warlock’s Capriol Suite with The Academy of St. Martin in the Fields. In honor of Parkening’s 25th year as a recording artist with Angel/EMI Classics, a 2-CD collection, The Great Recordings, was issued in celebration of his prolific artistry. In 2007, Angel/EMI released the album, Jubilation, on which Mr. Parkening continues his long collaboration with baritone Jubilant Sykes, featuring some favorites of the many pieces they have performed together over the last fifteen years. 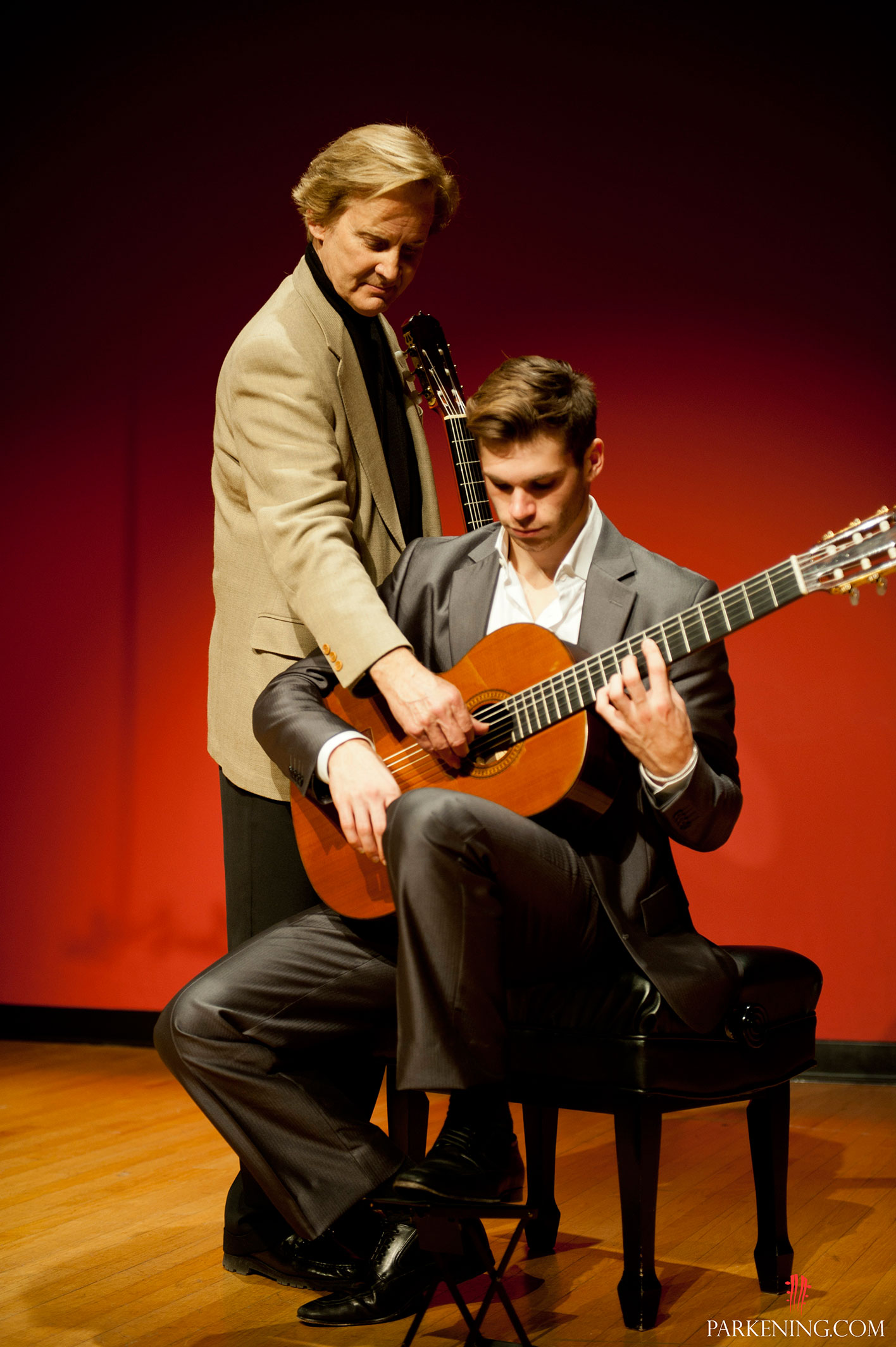 Parkening’s commitment to music extends beyond his performance and recording schedule. June 2006 saw the launch of the Parkening International Guitar Competition, honoring his lifetime commitment to fostering musical excellence in young artists. These competitions have featured performers from over 20 countries and bestows the largest prize purse of any guitar competition worldwide, with the finals including performances with orchestra. Recently, renowned film composer John Williams wrote and dedicated a solo guitar piece (“with great admiration for Christopher Parkening and the Parkening Guitar Competition”), which was given its world premiere at the June, 2012 competition held at Pepperdine University in Malibu, California where Parkening is Distinguished Professor of Music and Chairs the Guitar Department. He also taught an annual summer master class at Montana State University in Bozeman, Montana for 35 years. He has authored The Christopher Parkening Guitar Method, Volumes I and II, basic pedagogy books for beginning and advanced players. Also recently published were the music folios, Christopher Parkening: Duets and Concertos, and Christopher Parkening: Solo Pieces. These editions, along with his entire collection of guitar transcriptions and arrangements, Virtuoso Performances, a performance DVD, are published by Hal Leonard Corporation. In the summer of 2006, his autobiography, Grace Like a River, was published by Tyndale House Publishers, Chicago, IL.

Parkening has received commendations honoring his dedication and artistry, including an Honorary Doctorate of Music from Montana State University and the Outstanding Alumnus Award from the University of Southern California “in recognition of his outstanding international achievement and in tribute to his stature throughout the world as America’s preeminent virtuoso of the classical guitar.” In addition, he was given the acclaimed American Academy of Achievement Award for excellence in the field of music both 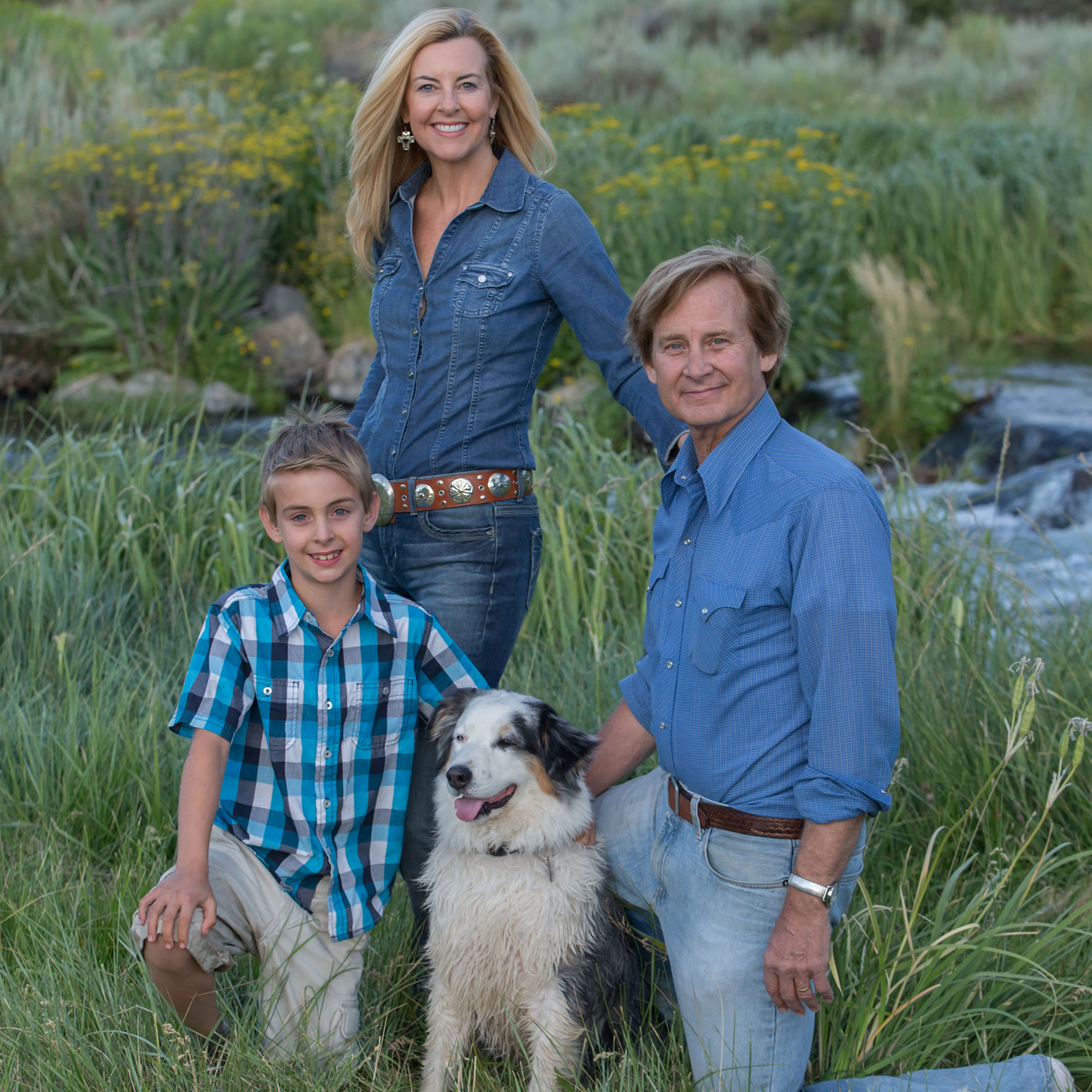 nationally and internationally. He also was presented with the 2000 Orville H. Gibson Lifetime Achievement Award for Best Classical Guitarist. Parkening received the University Musical Society’s “Distinguished Artist Award” for 2003 presented at the Ford Honors Program at the University of Michigan. In summer, 2012, he was inducted into the Guitar Foundation of America’s “Hall of Fame” and given their “Artistic Achievement Award,” presented to “performers who have made monumental contributions to the development of the art and life of the classical guitar.”

Christopher Parkening, his wife Theresa, and their son, Luke, reside in Southern California. At the heart of his dedication to performance, recording, and teaching is a deep commitment to the Christian faith. He is also a world-class fly-fishing and casting champion who has won the International Gold Cup Tarpon Tournament (the Wimbledon of fly-fishing) held in Islamorada, Florida.