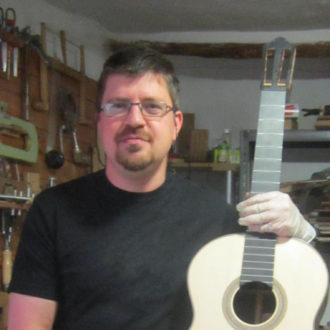 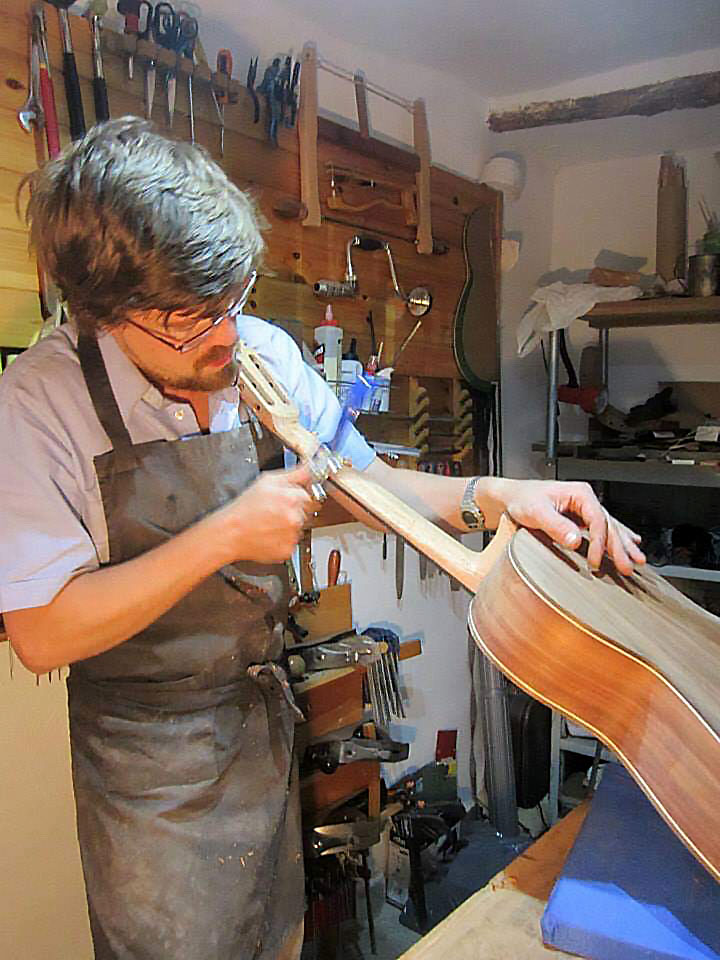 Born in Leningrad, Russia in 1981, Mijael Kharash’s musical origins started with the violin at a very young age. It wasn’t long however before he first heard the sound of the classical guitar and became fascinated with its tonal possibilities, falling permanently in love with the instrument to this day. After the collapse of the USSR, his family moved to Israel and after leaving school, he did military service, then held a variety of odd jobs including construction worker, cook, cabinetmaker and fisherman!

In 2007 Mijail travelled to Spain and met Carmelo Gonzales in Ronda who generously shared his craft with him. In 2009 he moved to Granada and for six years lived in a cave of the Fuente del Avellano in front of Sacromonte abbey while building guitars in SCO “15 Gatos”, Camino de Ronda 190. His friendship with the local guitar community led to him receiving excellent advice from his colleagues Felix Moya Ibarra, John Ray and Jose Vigil to whom he is specially indebted. His work is completely in the traditional manner which includes using hand tools, making his own original rosettes, and doing French polish with a muñequilla. Mijail Kharash was awarded second-prize at the prestigious Antonio Marin Montero Guitar Making Competition held in Granada, Spain in October, 2019. 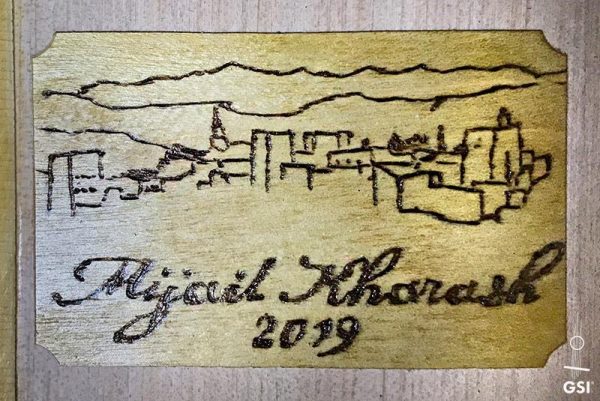