José Enrique Ramírez García (José IV; 1953 – 2000) was born in Madrid during May 1953. He started working as an apprentice in 1971 and reached the category of journeymen in 1977. In 1988, he decided to run the family business with his sister Amalia Ramírez. His idea was to re-define the models that were being built then.

In the mid 80s, a change had been detected in the taste in sound of some major guitarists, and the Ramírez family began to make their guitars exactly what these players needed. 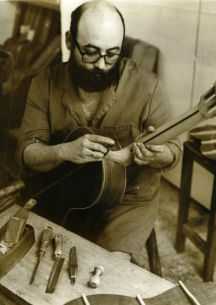 In 1979, José IV got the recognition of Andrés Segovia, since the Maestro chose a particular guitar one day from among several guitars that the workshop had previously selected and had sent to him. The one constructed specifically by José Enrique was chosen by Segovia. This was a big surprise and especially very satisfactory for Jose, the fourth in the dynasty so far. His joy was so great that he wrote a dedication with his signature beside the label. Segovia used this particular guitar until the end of his days, and according to the letters written by Segovia to José Enrique, he used it with great satisfaction.   In 1991 he began building a guitar with all the characteristic sound of the sixties, which he named “Traditional”, and another one, which didn’t have anything to do with the former one, which expressed that clear and direct sound that was the solution for new tendencies found in modern players’ tastes. The latter guitar, after several experiments, was completely defined in 1992, and he named it as the “Special” model. Today, these two lines are built in the Ramirez workshop – the “Traditional” and the “Special”.

Essentially, José Ramírez IV defined and improved the work done by his father, although he also introduced his own innovations. Besides defining the two lines of professional classic guitars, he developed techniques of construction that made them the most comfortable and easy instruments to play, and also more stable in their assembly, thus avoiding in some cases, and reducing in others, the deformations due to the movement of the wood.  Another important chapter is the addition of the student guitars. These never attracted José Ramírez III, whose interest was centered exclusively in the building of professional guitars. However, since the time of José Ramírez I, guitars, dedicated to beginners, students and people with less purchasing power, were sold in the workshop as an alternative to those made by hand that, so naturally, José IV chose to include a student line of very great quality.

Traditionally, the Ramírez family have been conflicted with selling guitars “made in series” such as these student models – not that they do not sell, but because they are not entirely made by hand. José Ramírez I, who had rejected guitars “made in series”, had seen the necessity of selling them in his business to give students a more affordable option, and so he did. At the beginning he didn’t put a label on them, but with time he realized that this was a mistake because people would come to his shop with complaints, and he couldn’t prove the guitar was really made in his workshop. Finally, he ordered some special labels, different to those of the professional models and resolved the problem.   José Ramírez II kept selling student guitars made in series, and more than that, he also designed some student models and ordered them from the best manufacturer in Valencia. One of those models remained in the workshop until the mid 1970s. By then, and for many years since, student models, which were not designed by Ramírez, were being sold. These were chosen by the Ramírez workshop from among the normal production of selected factories, based on the most acceptable quality. José Ramírez III, like his grandfather, rejected student guitars, which is why he didn’t care about the eventual disappearance of those guitars designed by his father.

José Ramírez IV thought differently.   He was very aware of the importance that these guitars could have for beginners. Offering a student guitar would bring a guarantee of consistent quality supported by the Ramírez name. His argument was that a beginner shouldn’t necessarily start playing with a professional guitar, and that it was necessary to offer an instrument that, besides being accessible in price, should have good quality and be pleasant to play with.

This “Relationship Marketing” undoubtedly, leads to sales of the professional models to some of the beginners, who have become used to, and trust the Ramírez brand.

In 1986, this vision prompted José IV to design a student line, manufactured exclusively for Ramírez, with a special selection of wood and strict construction standards. This line was welcomed in the market, as a good starting point toward professional use. Later, coinciding with changes in the professional models, José Enrique designed another, more economic, student line than his previous one, called the “R” series, being based on the interior construction methods of the professional “C86” model. 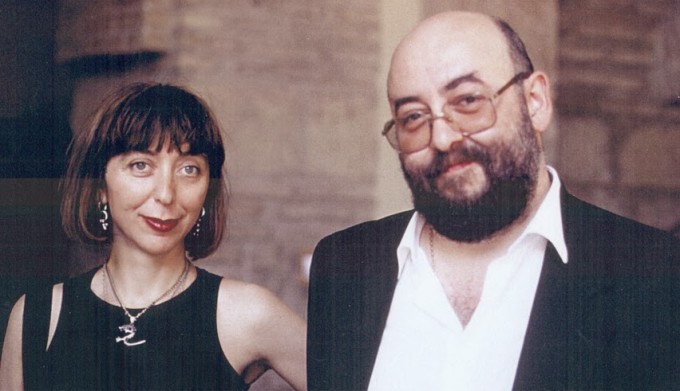